At the age of 41, after a 20-year career as a writer and media flack, I pulled an Ishmael and quietly took myself to sea.

My grandfather was a bluewater mariner and also ran a little shrimp boat for a while. My father sailed with the Coast Guard on buoy tenders and medium endurance cutters for four years. I grew up on a peninsula on the middle Texas Gulf Coast and have been messing about in boats nearly my entire life.

I guess you could say it’s in my blood. 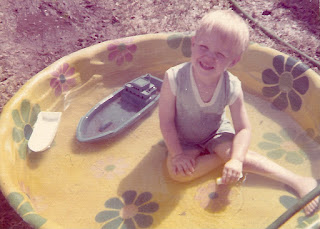 Blood doesn’t get you a paycheck, though, and it’s been an interesting journey, these past (nearly) two years.

There was the Coast Guard-approved course, then finding a boat less than 50 tons but over 32 tons to build time to upgrade my license; learning about marine diesel engines … figuring out the differences between operating a small boat for pleasure and a large boat for profit.

Three months on a 100-foot crewboat out of Texas nearly killed the dream: a first captain who was a perpetually angry dry dunk, a management culture that feared and openly despised its employees … it was a useful learning experience, but not a lot of fun.

This spring I hit the road and traveled to the heart of workboat country – Southwest Louisiana. Within three days I had two job offers (and have received two more in the three weeks since). At the same time, three other captains I used to work with running fishing trips and eco-tours in South Texas also landed workboat jobs here.

The work is out there for anyone willing to do some research and invest a little shoe leather.

This, then, is my running commentary on this fascinating industry. It will, no doubt, be a chronicle of my greenhorn mistakes as well as any success I might find. It is the point of view and impressions of one person who is not an expert and does not have a global view of offshore marine transportation.

I may not always be very specific, and names sometimes will be changed to protect the innocent (or ambiguously guilty). I’ll re-tell some stories I hear from others, and already I’m starting to understand that wheelhouse stories are kind of like fishing stories: I can’t vouch for their veracity if I wasn’t there.

Otherwise, I am not making this shit up.
Posted by Unknown at 3:46 AM

Email ThisBlogThis!Share to TwitterShare to FacebookShare to Pinterest
Labels: about, going to sea, welcome

Good to Know/Just for Fun